Rosie Kettle, quick and intuitive, leaves her small town in the California desert to attend art college in San Francisco in the late 60’s, where she discovers a passion for photography and music. Through a chance meeting with a flamboyant Hungarian illegal immigrant who runs a local music newspaper, Rosie is offered her first job photographing a down-and out blues musician where she meets David Wilderspin, a young guitar sideman in the bluesman’s band. Although he is only 19, David is already a survivor: the estranged son of a violent, Russian choreographer, whose conflicted feelings for his father he must come to terms with.

Only days after they meet, the bluesman hangs himself. This self-destructive act changes their lives forever. David, obsessed with music and determined to be successful, quickly turns to rock and roll. For Rosie, the picture she took that night jack-knifes her into a new career as one of the first women rock photographers in a male-dominated profession. It also introduces her to the chaotic, seductive life of the music industry.

Three Minutes on Love is a novel about artistic will and human redemption, set within the southern California music business of the late 20th Century, where men in suits happily aided young, talented musicians to self-destruct. Rosie’s first-person narrative is a rare love story played out on a stage of celebrity and power, as David and Rosie fight their way through the destructive excess of the burgeoning rock music world, and eventually, through one of the greatest tragedies imaginable. 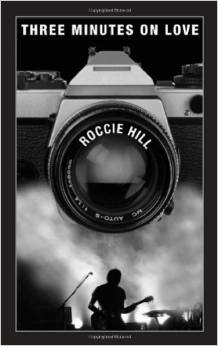 As a prestigious F-16 fighter pilot, Captain Kate Cardenas grew disillusioned with the endless harassment and sexism by her colleagues in the US Air Force. Now she faces even greater challenges as a secret operative for the Defense Intelligence Agency stationed in the south of France.

Her latest mission? The covert rescue of Hank Cullen, CEO of Cullen Industries—a key American military vendor kidnapped by terrorists outside of Paris.

Fast-paced and riveting from beginning to end, Window of Exposure invites readers into the close-knit, secretive world of military operations in an international thriller that explores modern-day terrorism through the efforts of an unforgettable female heroine. 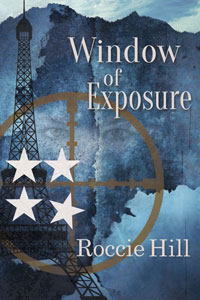